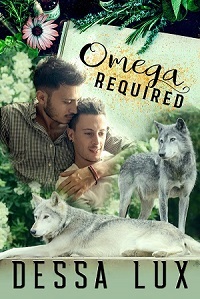 Alpha werewolf Beau Jeffries has been going it alone ever since he was cast out of his pack as a teenager for trying to help a human and endangering the pack’s secrets during the tumultuous years when the wider world was learning the truth about werewolves. He hasn’t lost his drive to help others, and he’s about to begin a prestigious medical residency–only to learn that, as the first werewolf the program has knowingly accepted, he’ll have to follow special rules, including the one that requires him to be married when he begins his residency.

Omega werewolf Roland Lea is just trying to survive. After escaping the last and worst in a string of abusive relationships that left him scarred and unable to conceive, he’s found safety in a refuge for homeless omegas. But despite the help he’s getting at the refuge, he just keeps getting sicker instead of better, further and further from being able to make it on his own. When he’s offered the opportunity to sign up with a mate-matching agency, he figures he has nothing to lose. No alpha is ever going to want an omega like him.

When Beau sees Roland’s profile, he knows at once what’s making the omega sick, and he’s determined to help. If he can persuade Roland to marry him, he can save Roland’s life while Roland helps him get through his residency. But will their hasty partnership be enough to bring them both through what’s ahead–and can temporary necessity lead to a forever love? 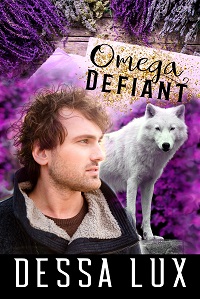 An omega who wants nothing to do with alphas…

An alpha who wants to save omegas, but never meant to fall for one…

And a thousand-mile roadtrip that will change their lives… if they don’t kill each other first.

Omega werewolf Casey Niemi has grown up in the safety of his adopted pack. He can’t remember what took him from his original family–and he doesn’t want to, even if it might explain why getting too close to an alpha makes him panic. He’s moving on with his life and totally has it under control–until a new alpha shows up and throws Casey’s world completely off kilter.

Alpha werewolf Adam Vinick wants to improve the lives of omegas through the power of rigorous scientific research. After the death of his omega dad, he left his father’s pack and has never looked back. But he’s been having a hard time finding omegas for his study, and his life’s work may be cancelled if he can’t show results soon. When he turns to the Niemis for help, he’s not expecting an omega like Casey.

Adam and Casey have instant chemistry–the kind that explodes on contact. When the Niemis send Casey to assist Adam on his research trip, enemies become reluctant allies and it doesn’t take long for them to argue their way into each other’s beds.

But can their long road lead them to each other’s hearts? 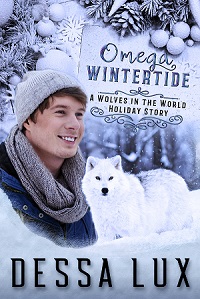 Three omegas are home for the holidays with the Niemi pack, and every old tradition is new again with these omegas in the mix!

Ethan is getting his first taste of living with an outsider werewolf pack and celebrating the Winter Solstice. He’s still finding his place among them–and with himself–and that would be challenge enough, but another surprise is waiting for him at the party…

Casey is introducing his brand new mate (and soon-to-be co-parent!) to the Christmas traditions of the Niemi pack. It’s a time for family, but Casey and Adam are still figuring out just what family means when it comes to the two of them…

Omega Wintertide is a collection of three connected holiday stories, meant to be read after Omega Required and Omega Defiant!

Pre-order the ebook on Amazon